Menu
Book Us now
Book Us 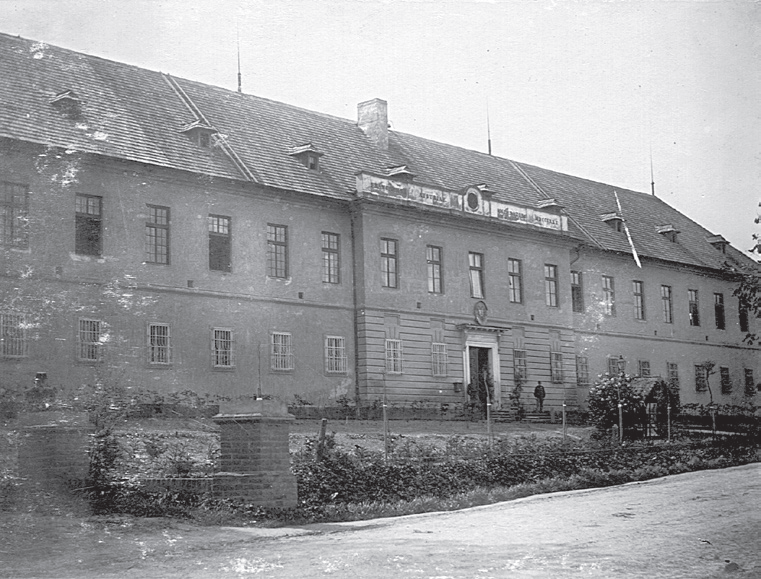 History of Podhalanin, that is of Chocimski barracks and millitary hospital

In the 19th century in Wadowice, at Lwowska Street there was an Austrian army. In the barracks there was a unit of 56 Infantry Regiment and at present Mickiewicza Street there was a unit of 2 Austrian Troopers Regiment. The building, whch is the location of „Podhalanin” now, was in service to that cavarly. Not so long after that, in 1830, at present 17 Wosjka Polskiego Street, the hospital was built. It was a necessity for the army which was functioning in Wadowice at that time. The place functioned as a hospital until 1923. The location of the building, which was in the suburbs of Wadowice, wasn’t accidental. It was due to the fact that there were a lot of epidemic diseases which took over the place in the first half of 19th century.

In 1923 the hospital was reorganised into barracks. The building was destined for II Battalion of 12 Infantry Regiment of Polish Army and took the name of „Chocimskie Barracks”. The barracks were a base for 12 Cavarly of Infantry Regiment, Artillery Regiment, Millitary Trains, Horse Reconnaissance.

In the period of II World War, the building was reorganised into a hospital again.

The rotation of the army, basing in the unit, was very often. The unit which based the longest was KBW/WBW – Podhalańska Unit (Battalion of Mountain Infantry of Cracow Brigade) which came to Wadowice in 1956. The present name of the building comes from this brigade, in particular. The unit was looking for the barracks in the area of Podhale but they couldn’t find anything suitable, so they chose the building at Wosjka Polskiego Street in Wadowice to be their location.

The above mentioned unit’s army recruits were men born in 1935 who came from districts of Nowy Targ, Nowy Sącz and Żywiec. Their military oath took place on the Kościuszki Square where, among others, there were KWB commander, major-general Muś, voivodship and territorial representatives as well as the recruits’ families. The Podhalanians took part in army parades in many Polish cities, that is why they wore formal uniforms – traditional capes and hats with a feather, which are the logotype of our hotel.

Except for military activities, the soldiers also took part in different aspects of everyday life. They were a big support for the local civilians. They were a relief during elementar disasters and floods.
They showed a great courage during the flood of facilities in Oświęcim and Świnna Poręba as well as during the collapsing of factory chimney (A.Z.P.B.). Whatsmore, the soldiers helped with building the dam in Brenna, they helped with harvest, potatoe-lifting as well as with building children holiday centre and school in Świnna Poręba.
The strongest men were chosen to the basing army in Wadowice. It was a result of the character of duty they were on. The formation was supposed to act in the mountains and each manoeuvre was done in the mountain area. The biggest problem was the lack of instructors during trainings and how to prepare qualified commanding cadre. Nevertheless, they managed to recruit the best instructors from Mountain Volunteer Emergency Service (GOPR) in Zakopane, who helped with training the soldiers.
Military Sport Club called „Podhalanin” was established in 1958. At the beginning, there was a football section and a skiing section in the club. The sections were consisted of 150 members. The interest with the club was growing gradually, therefore, it was decided to add the sections of horse-riding, table tennis and volleyball.
Podhalanian Independent Battalion of Mountain Infantry was relocated to Cracow in 1979. A year later, there was a general repair in the building of „Podhalanin”. Until the beginning of 19th century it was managed by the military administration and functioned as a „Military Holiday Home” in which soldiers were trained periodically.
The first private owner was a coparthership „Domy Wczasowe” („Holiday Homes”) from Warsaw. They took the building over from the Military Property Agency. At the end of December 2017, „Podhalanin” was registered to the records of monuments in the municipal district of Wadowice.
Current presidents of the building are: Mr. Józef Szczur, Mrs. Dorota Kleszcz and Mr. Piotr Kleszcz.